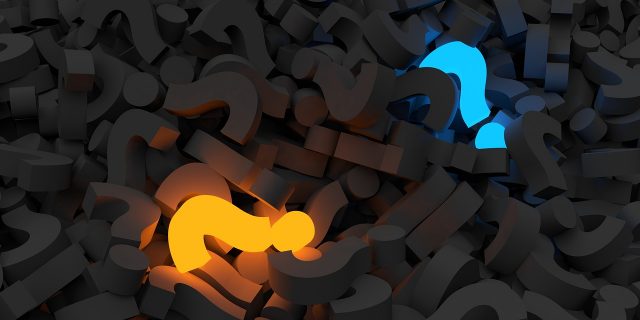 by Rob Milner
in Uncategorized
Comments

Here at Restoronix we offer both agent based and agentless backup approaches, we firmly believe that both approaches have merits and places where they make sense or do not make sense and a lot of times where both are very much a viable option.  It has become trendy today for companies to look exclusively for the newer, more popular agentless backup approach because, I suppose, it is new and new is perceived as good, and it is certainly a welcome addition to the backup and disaster recovery landscape, but there are good reasons to stick with agents as well and, of course, to use a hybrid approach.

First, a little definition.  Agent based backups are what we consider to be traditional backups.  This type of backup system requires installing backup agent software onto each operating system that we are going to back up.  This may sound tedious but, of course, this is generally installed via an automated process whether built into base system images, deployed through Group Policy or rolled out from a central repo.  There are many ways to skin that cat and this is generally a trivial matter.  All of the backup code and compatibility is focused on the operating system and is always platform (hypervisor) agnostic.

Agentless backups talk to the storage abstraction layer of the platform (hypervisor) in order to make backups.  They generally require no installation on the machines to be backed up at all and never require configuration of the systems themselves.

One key reason that both styles of backups are important is that they create options around the idea of separation of duties.  If you have independent systems and platforms teams, for example, you can have one team or the other responsible for backups.  Having both styles of backups available to you allows you to keep other responsibilities carefully segregated and assign backup duties as appropriate for your organization.

Agentless backups have gotten all of the attention in the last few years, and for good reason.  By putting backups at the platform level we have the ability to easily capture entire environments without need for individual workload configuration, no chance of missing a virtual machine or two that were forgotten about, no need to worry about operating system compatibility, and no need to deploy and maintain agents.  However, in order to do their job, agentless backups require that the platform have hooks deep into the virtual machines that run on top of it so it is possible for agentless tools to lull us into a false sense of security feeling that we can deploy and forget when, in reality, agents are still needed for reliable backups to work, it is just that the agent moves from being a backup agent to being a platform tools agent, instead.  The assumption being that those tools are already needed and deployed, which is often the case.  But there is a potential gap here, if we become too complacent or forget that there truly is an agent and “agentless” is more a marketing term than a reality.

Agent backups, with a dedicated backup agent deployed to each system, are agnostic in the other direction.  Instead of being able to ignore what system is deployed, we can now ignore what platform is underneath our operating system.  This approach has the very strong function set of allowing the workload to be moved from one hypervisor to another and will work on both containers and on public cloud where agentless backups are really not an option.  The allows agent-based backup infrastructures to be uniform, in regards to the backup itself, across a great disparity of deployment and hosting designs and allows workloads to move between different platforms or locations without necessarily needing to reconfigure backups again.  That agents work on containers, public cloud, bare metal installs and any hypervisor is an important point of flexibility. Agent-based also does not rely on platform tools to be deployed so in cases where those are not available, fail or are forgotten backups continue to work.

Both types of backup have their place and neither should be considered antiquated or unimportant.  Agentless is certainly the newcomer, brings a lot of great new features and has captured the “cool factor” in the industry, but agent-based is venerable, time-tested and brings many unique advantages of its own.  Carefully evaluate your own organization’s needs from both a technology and an organizational design perspective before choosing one approach, or the other, or a hybrid.  At Restoronix, of course, we support both approaches allowing you to decide what is best for your unique needs.